Why Social Media Addiction is a Disease 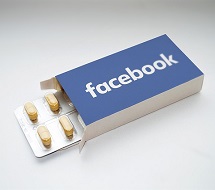 Although social media is an excellent way of connecting with people and friends from around the world, it comes with its own set of positive and negative effects. In one aspect, social media has overshadowed various aspects of our lives. Regardless of how you view social media, it is good to understand that social media addiction is real and can impact negatively on your life and health.

In fact, psychologists have warned on dangers posed by social media. Recently, MPs in the U.K. have suggested that social media addiction should be considered a medical disorder by the WHO. They also added that companies behind social platforms like Facebook and Google should contribute 0.5% of their profit to help resolve the issue.

The group of parliamentarians from different parties made a publication on Monday about the inquiry on how to manage the influence of social media on youths and their mental wellbeing. The publication of the report started in April last year and was published January this year.

According to lawmakers William Wragg and Chris Elmore, the inquiry indicates that social media has both positive and negative impacts. The positive effect includes bringing people together, particularly those with similar interests. This helps to fight and reduce seclusion and loneliness and help different communities live in harmony.

On the contrary, social media has many adverse side effects that are quite detrimental to the lives of your people. It not only impacts on their mental health but also affects their overall wellbeing. The report stresses the importance of safeguarding the lives of youths to help them stay safe whenever they interact with others online. While social media promised to act as a window to view the outside world, it still breeds fake news, compulsion, vanity, and bias. The recommendations in the report, therefore, seeks to impose helpful measures that will protect them from being susceptible to social media fraud.

The study also confirmed that although 12% of all children who avoid social media still get mental issues, about 27% of those who spend about 3-4 hours per day on social media show serious signs of mental problems. Girls are the most affected with 46% of them out of 38% of total youths experiencing reduced self-esteem. Further, the report shows that the platforms indicate that most of them are looking for content that idealizes mental ill health.

Addiction can be categorized as abnormal behavior. However, it is still a hard question to determine what is normal and what it is not. This is because the world is becoming digital and it can be hard to detach oneself from technology. Most would say that they’ve been able to narrow the view about the world from the use of social media.

The MPs wants to form an obligation that will give social media platforms the responsibility to regulate the use of social media by young people. Ofcom, a media regulator, will be given the authority to enforce the regulation. The report barely comes as a surprise because the House of Lords gave similar reports earlier this month about the need to regulate social platforms in the digital world. Ofcom will regulate the platforms in a similar manner it does to telecoms companies.

Concerning social media tax, the issue is still debatable because no scientific proof indicates that there’s is a connection between mental health problems and social media addiction. This makes it hard to pinpoint someone is at high risk of getting mental illness by getting addicted to social media.

The group of parliamentarians made a call to social media platforms to provide researches with all the information needed to help them analyze the issue, and according to Polluter Pays Principle, they should pay the quoted tax from their profits. The fund will help to boost the Social Media Health Alliance to help the research team provide clear evidence about the link between social media and mental health. The findings of the research should be made clear to the public.

Furthermore, from the profits made by these Big Tech companies in the last few years, they will be required to pay about 2% tax. Statistics show that Facebook alone made profits amounting to $415,000 per year and Google made a whopping $1.34 million. The problem is that none of the named companies have come up with a proposal or comment on the same.