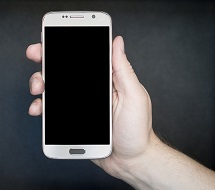 Some startling news coming out of Britain this week as Ofcom has released reports showing how mobile addiction in the UK has reached unprecedented levels.

Study findings revealed an increased frequency of smartphone use as results indicated that people turn to their screens five times in an hour although call time- and frequency- has actually dwindled to new lows.

WhatsApp and other online-based messaging apps have become the preferred means of communication as the keyboard dethrones speech as the go-to tool.

To substantiate this it was also established that three out of every four smartphone owners consider phone calls an essential function of their mobile devices as opposed to 92% who regarded internet browsing to be vital.

The yearly survey by Ofcom also brought to light the fact that one in every five British adults spends less time at work and more time online each week with a fifth of the sample population attesting to spending upwards of two and a half days online every week.

All in all, the number of hours spent online has gone up twofold over the past twelve years at a time when netizens only spent 12 hours a week on the interwebs back in 2007.

Further figures uncover the severity of the addiction indicating that 65% of those aged below 35 take to their phones in the 5 minutes after waking up with that percentage dropping by 25 with regards to the general adult population.

On the flip side, statistics ascertain that phone usage prior to bedtime has increased, especially in the 5 minutes prior, with figures standing at 37% and 65% for adults and those under 35 years of age respectively.

Seeking to explain the worrying tend, the director of marketing Intelligence at Ofcom Ian Macrae narrowed down the root cause to the increased availability and affordability of smartphones in the market. He also added that improved access to the internet was also largely to blame as internet efficiency and effectiveness has greatly improved over the past decade or so.

Moreover, he also believes that the incorporation of the internet to essential day-to-day services of the present age has also helped fan the flames of the addiction. Shopping has predominantly moved online, he said, and so too have basic necessities such as staying on top of emerging news among other tasks that would have required one’s physical intervention in the pre-digital age.

The flexibility of Smartphones and the ability to perform all these things on the go is also believed to be another of the leading factors behind this skyrocketing usage.

Sentiments by Mr. Macrae also allude to smartphones having stolen the tag of man’s best friend as the furry and loyal companion that held the title for so long has been shoved from the spotlight of attention by mobile technology.

Ian says that while smartphones have become the shadows of many who wouldn’t go anywhere without them, a significant percentage are overwhelmed by the vast reaches of cyberspaces while another group is at their wit’s end whilst offline.

Many people who took part in the study acknowledged the conveniences of handheld devices in a world where everything is changing however they were also quick to point out the other side of the coin. 50% of the sample population agreed that mobile devices have adversely affected family and friend bonding times as face-to-face sit-downs have been replaced by face-to-screen distractions.

What’s more, three in every two people stated that they detested the part of their phones that made them feel like they’re still at work long after they’ve left.

Opinioned was divided over what is acceptable mobile etiquette during meals or on public transport and other daily interaction platforms with various generations on opposing ends of the debate.

A general consensus was therefore not reached with regards to what constituted proper mobile phone behavior around others with lines of right or wrong still pretty much blurred.

53% of adults said that while watching TV with friends they are also catching up on the ongoings via their phones with 79% of those aged between 18 and 34 finding nothing wrong with that habit.

The over-55 generation, conversely, sharply begged to differ as 62% of the age group termed the practice as unacceptable behavior.

What’s unanimous across the board though is that the smartphone bandwagon is only gathering momentum by the day and that doesn’t look like changing in the foreseeable future.