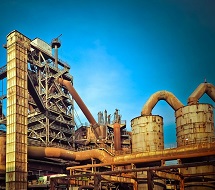 Reports of more and more people succumbing to or being incapacitated by opioid and alcohol abuse have continued to hit the headlines. But what is even more worrying is that the culture of opioid addiction is now quite prevalent in the workplace.

According to a recent survey carried out among workers from different industries, over 23% of those interviewed admitted to having consumed alcohol or one type or another of mind-impairment drugs while on the job.

How Bad Is The Crisis?

It is estimated that about 24 million Americans are either addicted to alcohol or some kind of drug. Yet, about the same number are currently in recovery. Among these numbers, obviously, are the county’s workforces from different sectors of the economy.

These findings are not only worrying, but they are also coming in when some of the states are legalizing the use of cannabis. It means that the trend is even expected to go higher unless steps are taken to arrest the problem.

The evidence is also out there that even in sensitive work areas such as assisted -living facilities; some staffs have been found to indulge both in substance, and alcohol consumption while at work. The question that comes to mind is how these workers can be expected to take care of the vulnerable groups when they themselves are compromised.

Another worrying scenario is that while under influence, the possibilities of misdiagnoses and wrong prescription to the patient such as in a hospice is quite likely.  What of those operating machines, while also under influence? Such questions linger in the minds of all that are concerned; but more so, on the minds of employers, who stand not only to lose their businesses but can also be sued for malpractice.

Are Positive tests for Drugs Prevalent at the Workplace?

According to readily available statistics, the trend, and prevalence for positive testing is rising much higher than expected. For instance, in 2015, retail workers testing positive for substance abuse stood at 4.7%, but according to the  2017 statistical estimations, the number of workers in the same sector testing positive had risen to 5.3 %. More of this high prevalence is also to be found in the health and social assistance work sectors.

The current laws that are in place focus so much on safety-sensitive workers such as truck drivers and construction workers; so, unlike other workplaces, this area is protected because of the strict regulations that apply in terms of influence of drugs and alcohol while at work.

Why Does the Opiate Crisis Threaten To Be Costly To Employers?

Some of the things that are of key concern to most employers are employee turnover, absenteeism and poor quality of work; this comes out strongly in relation to substance abuse.  Issues with opioid addiction mean a number of things:

If you look at the situation from all possible angles, employers stand to make great losses. It is because when you roll all the above issues into one single package, productivity suffers in a way which is simply indescribable.

What are the key interventions to remove stigma?

One of the key interventions for this disturbing issue is for employers to accept that the problem exists, and be willing to work on it together with the affected. Research indicates that most workers who are addicted are unable to come out for help because of the associated stigma.

Some of the interventions can be as follows:

Some industries are now approving a significant number of days off for addiction treatment; which is a big plus and a change towards elimination of stigma.

Issues of addiction at the workplace are worrying indeed. But there is no problem that can completely lack solutions. If employers, who in this case stand to lose even more in such a crisis; use the above anti-stigma strategies, it is quite possible to minimize issues to do with substance abuse and addiction.